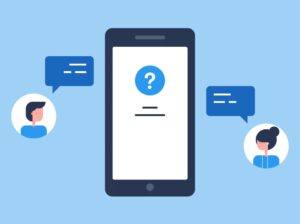 Since the start of the last decade, chat apps have become synonymous with communication. A major reason behind that is that chat messages have less in-the-moment interaction pressure than calls. Plus, texts are faster and less formal than emails.

According to statistica, about 3.09 billion smartphone users accessed over-the-top texting apps to communicate.

And this texting app market is dominated by a few giants like:

Going against these multibillion-dollar giants might seem like a bad move. But not every app has to battle these giants head to head. There are tons of untapped niches and unsolved problems you can capitalize on.

And you can cater to many audiences with these apps too – gamers, musicians, daters, stockholders – are a few to name.

In this article, I take you by the hand and show you how to build a chat app from scratch.

The chat app competition is fierce. If you start without planning, chances are, your app won’t be able to get widespread acceptance, scale up, retain users, or monetize. In short – you must research the successful apps.

When researching top market apps, you’ll find valuable insights regarding winning features. Also, what their shortcomings are. What’s more – these insights will help you attract users who need what you’re providing.

Let’s take a look at some of the winning chat apps today: 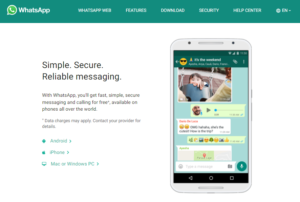 WhatsApp has become the gold standard for messaging apps and has amassed a massive 2 billion users. Towards the beginning of 2010, it revolutionized the communication world by launching Internet-based SMS and calls. Leaving the previously existing pay-to-use SMS and calls biting the dust.

It also offered end-to-end encryption, meaning, only the sender and receiver could see the messages – not even WhatsApp themselves. 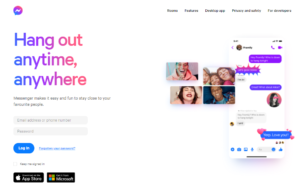 Backed by Facebook’s dominance over the social media world, Messenger has a user base of 1.3 billion. And until Messenger was made a separate app, it was a part of Facebook’s web-only version. Since 2014, it has become a texting medium that can compete with and even beat most chat giants.

While integrating Instagram, messenger marketplace, and countless features in its chat, it allows users to message them all from the same app.

As users and governments worldwide scrutinize Facebook’s privacy policies, it’s a good opportunity for competing apps to steal lumps of users from Messenger – by providing the same features with more transparency.

When building a chat app, time and cost can vary a lot.

To estimate these, you need:

Extra costs pile up during the early access and post-launch maintenance. So plan for the unplanned setbacks and shortcomings too. Otherwise, you might need to compromise on planned features.

Top chat apps have plenty of features, but some of them are common among all. You must have these common features at least to make an MVP (Minimum Viable Product).

Next, come the advanced features. Not all apps in the market offer these. Some of these features are top market app exclusives.

Core Features For An MVP

Just creating an MVP isn’t enough. You must bring advanced features to attract people, get recognition, and retain users.

Depending on your goal – some of these may be necessary – not just nice to have.

After you have planned your features, decide on the materials you’ll use. Choose the frameworks, front-end and back-end code languages. These must match your team’s expertise.

The right frameworks and tools will eliminate many repetitive processes, thus, making it much easier to create the app.

Here’s a rough overview of the coding languages you can use:

This language is used to build the chat client – AKA – the UI they’ll use to send and receive messages. And when choosing front-end languages, it’s important to consider the platform. Some languages work better for certain platforms.

The most popular front-end languages include:

That said – each language comes with its pros and cons. So, choose according to your needs:

Protocol determines how the data will be transferred from the client to your server and vice versa. In short – it’s a set of rules for the transfer of data.

When building from scratch, you must choose a protocol for transmitting messages and data. Much of your application’s speed depends on this.

Some popular chat protocols are:

APIs are a set of protocols and tools for building apps. These work as a method of communication between two components of an app. Basically, APIs allow users to use other applications’ features without leaving the app.

Meanwhile – SDK is a software development kit that makes it easier to create apps. Companies have their SDKs available to developers to easily integrate them into their apps.

Familiarize yourself with these. And try to integrate open-source ones, when possible, to make the development of your app easier. It’ll allow your team to focus on your more important features.

Some popular chat API and SDK providers are:

After you’ve decided on the coding languages, it’s time to write the code and build the app. Mapping out the process will save confusion later on. And although your processes might vary, the major steps will remain almost the same.

The process can be divided into 4 major steps:

Make A Directory And Install Dependencies

To start building your app, you must set up the server (back-end) and your chat client (front-end). So first, create a directory and install the required dependencies.

Depending on the code you’re using, install the required dependencies.

The front-end interface – AKA the client – refers to the screen users will see and the features they’ll have available for them.

It can be simple or complex depending on what you’re planning to provide and the budget. You can use existing frameworks or build them from scratch.

The very basic front-end features include the login screen, contact list, and the ability to write, read, and send messages. You’ll also need to authenticate user accounts. Other features from the basic feature list come later.

Connect With The Back-End

The back-end – AKA the server – is responsible for routing messages from sender to receiver and doing all the operations happening behind the scenes.

The server will collect new messages from the chat channels, order them chronologically and show them on the user’s screen.

The MVP is ready. You know which advanced features you want to add too. When integrating those, test how users interact with them. Releasing a beta or early access version, surveys, interviews, and such will offer you valuable insights.

This will show how the users are adjusting to and using your features, and what you should fix or prioritize next. Plus, it’ll spread the word about your app.

Now that the basic app and features are done, everything else might feel simpler. But don’t forget – the chat app market is fierce and has been around for a while.

The basic features have all been taken for granted. Even the most experienced teams can hit into unexpected accidents or blocks. You can face both technical and business problems. So, plan out as much as possible during the early development stages to avoid these problems.

Again – the market is saturated with tons of long-time giants.

These big players have fully set up apps with advanced features developed from years of effort by countless engineering teams. Competing with them is an uphill battle. But with proper market research and a different product, it’s possible.

Your app must be a solution to a particular problem faced by a large number of people. There are always opportunities if you research properly. Maybe an app for stockholders that can integrate with analytical tools. Or a chat app for musicians that can do seamless high-quality voice calls.

When it comes to monetization – about all giants have made it the standard for the app to be free to use. So, a pay-to-use model would likely get less traction.

But here are some quick ideas to monetize your apps are:

The success of an app doesn’t just depend on the number of downloads. It also depends on how many users stay after the initial 1-2 day download period.

Many apps with high download rates drown at this point – they lose about half of the users on the first day.

If a user downloads your app, it means he/she found something interesting or useful. With an accessible UI, ease of access, and the usefulness of the given function, it’s possible to retain users.

So, try to be useful to your niche. Compel them to use your app by solving a specific problem. Just like Discord compelled gamers to communicate when gaming. Focus on your app’s special features that will attract, engage, and retain your users.

This is where small and enterprise-grade apps differ. In short – for your app to succeed, it must be able to handle a large volume of users.

Understand that the business might grow big and plan accordingly. Else, you’ll go down when your app starts to take off. And you’ll be out doing major migrations while facing losses.

So, keep sight of how the app is growing and keep updating the infrastructure along the way. A specific team should be dedicated to scaling and maintenance of the infrastructure. Have a backup system set up, so you can add new servers fast.

One feature that separates Apple from the competition is its ability to seamlessly switch between all iOS devices.

The thing is – it’s pretty simple to build an app for a single platform. But for every other platform, you try to enter, there will be new and different problems that’ll cost money and time while providing new challenges.

Before entering any new platform, you should properly research the platform and users. So that your app doesn’t end up being a disappointing user experience.

As attention on your app grows, its security becomes more important. There have been many user information leaks that have driven users away from apps.

Also, there are questionable privacy practices that many apps do that drive away users. And if you process payments or other sensitive information, it’ll need to meet compliance requirements as well.

All data should be encrypted in transit and at rest. True end-to-end encryption is a good thing. Multi-factor authentication should be implemented for extra protection. Be transparent with your privacy practices.

In the article, we’ve covered the basics for building a chat app that can compete in the market.

And if you do your research properly, identify your target audience and their problem, and develop an app that can solve that problem, it’ll get traction. Also focus on monetization, scaling, and security and you’ll be well on your way.